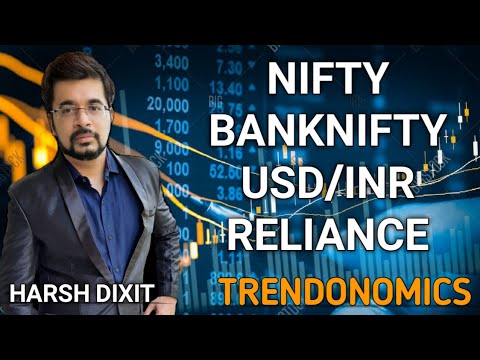 Recap of AMA with Zac on July 3 and Q2 report

Hi again. This is the third part in our ongoing series on how to trade better and determine intelligent investments in cryptocurrency for the future.


In part 3 I will now discuss Cryptocurrency valuations, price metrics and identifying coins of value, worth holding:

What makes a coin worth holding: The value proposition

What makes anything worth holding? How much of themselves is a person willing to put into it - that's how much.
Cryptocurrency is largely driven by faith. It is a speculative enterprise i.e. people mostly put money into cryptocurrencies believing they will go up in value in the future; their plan to sell at a higher price when it does.
Currently most cryptocurrencies serve no function than being currencies in themselves. Unfortunately these currencies are largely not recognised by governments, most institutional investors or companies are legitimate stores of value or legitimate currencies of transaction. As such legislation and rules around the world regarding them vary considerably and are often absent.
There are very few cryptocurrencies that have legitimised backing, are insured or supported by enterprises that are insured for their loss and essentially there is little to protect you if you lose money through them.

So why do people bother putting money into cryptocurrencies it in the first place?


If the present and future value of a cryptocurrency is driven purely by speculation then you are essentially gambling by putting your money to buy that coin and joining the pool of other gamblers who are doing so. You are essentially joining a ponzi scheme and waiting game hoping you've gotten in early enough and convinced enough people to buy more of the asset you hold at slightly higher prices until a price is reached that you can cash out at (or until that thing becomes so big that everyone starts using it as their store of value).

This type of dynamic essentially underpins the mentality of most investments and trades i.e. buy low and sell high. I'd like to add buy early for investors since buying during a low in an already established asset may be setting yourself up for being forced to sell at a lower low later (especially if you don't understand the fundamentals of that asset).

If however the present or future value of a cryptocurrency is driven by some service other than speculation which can attract and drive fiat currency into it's ecosystem then it is potentially valuable.

I.e. will people actually use their USD/Yuan/Euro/GBP/Yen/INR etc to actually purchase the coin in question to do something useful with it (other than gamble on it's future price).

There are some cryptocurrencies which satisfy this criteria:

Bitcoin
It is not a currency, it is a remittance system and store of value. It has a reputation increasingly to being seen as a digital version of gold.

Bitcoin has the cultural and historical advantage of being the first cryptocurrency. It is also still the largest cryptocurrency by a long way with the largest marketcap i.e. price per bitcoin [$952 as of writing] x the number of bitcoin in circulation [16,074,687] which is $15.3 billion. Compare to it's next biggest competitor Ethereum which has a marketcap of $700 million (i.e. only 4.57% of Bitcoin's).


Bitcoin's value proposition is that it is a store of value. It may not be able to sustain this without significant upgrades to it's underlying software.

Monero (XMR)
Bitcoin does not have anonymity inherently built into it's software. Therefore if you buy and sell Bitcoin especially on cryptocurrency exchanges (where user registration is required), it is possible to trace whom Bitcoin is being transferred from and to.


For this reason I see Monero as Bitcoin + anonymity. I.e. it's value proposition is as store of hidden wealth. I also believe it does not have the issues that bitcoin does namely, same level of mainstream recognition, spotlight of regulatory awareness and developers do seem to be more focused on achieving better scalability and transaction times (it already does 10-20 minute verification time vs bitcoins 1 hour) which gives it better potential as a currency presently compared to Bitcoin.


I do believe fiat stored in Bitcoin will gradually transfer into Monero boosting it's value. I am not sure Monero though can presently bring fresh fiat currency (USD, Yuan etc) into it's ecosystem beyond outsider speculation in future price.


It is not unique in it's function or potential value proposition. My warning about holding Monero for the long term is that it has competition for it's function not just from Bitcoin itself but from other anonymous coins such as Zcash, DASH (which provides instantaneous settlement) and SDC. Perhaps more importantly, Ethereum (ETH) is now planning to implement optional anonymity (via zSNARKs) in it's transaction network; if it does when combined with Ethereum's own functionality and well defined development roadmap (that will likely several second verification times in late 2017) would render XMR potentially redundant.

...
Ethereum (ETH)
The first cryptocurrency which was built with the specific intent of incorporating 'smart contracts' into it's platform.


The value proposition for Ethereum is that it allows for complex, trustless settlement systems to be built on it. This is a huge deal because the scope of applications is wide and although the technology needs to mature (to support greater transaction volume, frequency and more secure functionality) the sheer amount of fiat such a platform could attract through conversion of traditional centralised settlement and contract services to more secure decentralised platforms is very huge.

PARTICL (PART) (formerly Shadowcash SDC)
The value proposition is a double escrow, fully anonymous, decentralised privacy platform which incorporates private chat, private marketplace and secure, trustless private settlement system into one platform that is fully integrated into it's own blockchain.


Particl has multiple features that make it an excellent store of value: Low coin supply, potential for great demand, near instantaneous transaction verification times, ability to earn interest for simply holding it.

Particl is incredibly easy to use and is heavily focused on usability. This is absolutely essential to it's end users: customers who seek convenient easy and speedy secure anonymous transaction. This will be a dream come true for traditional users of darknet markets.

To explain why lets elaborate on traditional darknet markets where in order to transact anonymously you have to:
Whereas with Particl's market place this process will become:


In summary I think Particl can be a very useful application as a privacy platform for private communications and transactions.

ICONOMI (ICN)
Those two points constitute it's value proposition. By nature of the way it works it has an easily identifiable P/E ratio based on the amount used to create the fund ($10.5 million) against the current value of that fund based on it's

The first rule in investing or trading in a given cryptocoin is deciding if it has a value proposition:

In the next article I will cover lesson 3b: Price metrics and valuations. It will be much shorter I promise but equally informative and we will cover topics such as price determination, impact of speculation, price manipulation, whales and their impact and the impact of bitcoin on the entire cryptocurrency ecosystem!
...

Further articles in this series:

"The intelligent investors guide to cryptocurrency"

"The intelligent investors guide to Particl -"


Full disclosure/Disclaimer: At time of original writing I had long positions in Ethereum (ETH), Shadowcash (SDC), Iconomi (ICN), Augur (REP) and Digix (DGD). All the opinions expressed are my own. I cannot guarantee gains; losses are sustainable; do your own financial research and make your decisions responsibly. All prices and values given are as of time of first writing (Midday 30th-Dec-2016).

Second disclaimer: Please do not buy Shadowcash (SDC), the project has been abandoned by it's developers who have moved on to the Particl Project (PART) (www.particl.io). The PARTICL crowd fund and SDC 1:1 token swap completed April 15th. You can still exchange SDC for PART but only if it was acquired prior to 15th April 2017 see: https://particl.news/a-community-driven-initiative-e26724100c3a for more information.

Addendum: Article updated 23-11-2017 to edit references to SDC (changed to Particl where relevant to reflect updated status) and clean up formatting.

Bitcoin Price (BTC USD): Get all information on the Bitcoin to US-Dollar Exchange Rate including Charts, News and Realtime Price. Strength of USD versus currencies of EU, Japan, China, India, Russia, Mexico, Brasil, Saudi Arabia, Turkey, South Korea. There had been a cosmic demand for dollar but as COVID hit USA from April 6 we saw a breakdown. Related to surge of price of Bitcoin Cash, topping at US $2477.65/BCH or approx 2.2-2.5x of value of Bitcoin Cash to one Bitcoin. The developments knocks out Ethereum as second most popular cryptocurrency into third over the total market cap of said cryptocurrency as per USD value at least temporary before Ethereum steals the spot back at Inspired by the rarity of gold, Bitcoin was designed to have a fixed supply of 21 million coins, over half of which have already been produced. Several early adopters were wise or fortunate enough to earn, buy or mine vast quantities of Bitcoin before it held significant value. The most famous of these is Bitcoin’s creator, Satoshi Nakomoto. Bitcoin - Indian Rupee Chart (BTC/INR) Conversion rate for Bitcoin to INR for today is ₹722,142. It has a current circulating supply of 18.4 Million coins and a total volume exchanged of ₹1,964,206,381,239

Bitcoin USD Price and Chart for Today 12-06-2020 The Trades Experts. ... Bitcoin Documentary Crypto Currencies ... 11 Price Action Trading Strategies & Techniques That Work - Duration: ... Before the FOMC meeting at the end of this month, we talk about the factors which continue to impact the USD INR Forecast and the band which is likely to persist in the upcoming week. Have a look ... In this video I have shared my updated Elliott Wave count on Nifty. Wave count on BankNifty. Analysis on USDINR. And trading set up on Reliance industries. bitcoin chart btc price usd buy bitcoin preev 1 btc to inr bitcoin to inr bitcoin profit btcclicks bitcoin dollar ... bitcoin usd chart inr to btc bitcoin credit card 0.2 btc to usd. This video shows the historical chart of Bitcoin/USD starting year 2010 to 2019. Source: https://info.binance.com/en/currencies/bitcoin Please subscribe for ...