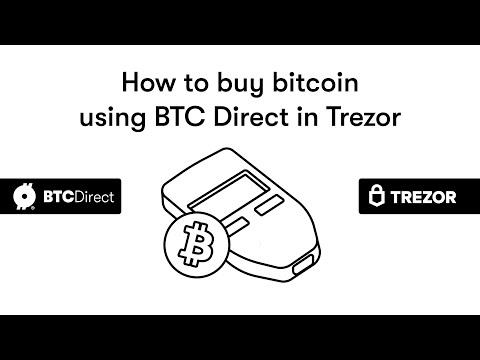 As Bitcoin continues to gain ground as a preferred online currency due to it's anonymous and instant payments, it is also quickly becoming a favorite of many sports bettors and casino gamers.
[link]

STORY OF THE WEEK

•Cosmos, a blockchain interoperability project has released its platform dubbed “Cosmos Hub”. This comes after 3 years of planning and development and a $16,000,000 USD raise in 2017. The platform aims to solve scalability of distributed technology by proposing a platform of blockchains.

•In the U.S state of Texas, a bill has been proposed to require identity verification for sending cryptocurrency payments.
•Central bank of Russia aims to introduce an annual limit of 600,000 rubles ($9,100 USD) for unqualified investors who want to purchase digital assets.
•Thailand Securities and Exchange Commission (SEC) has approved the decision to create a portal for regulated ICO’s.
•Singaporean based exchange Quoine has been found liable by the Singapore International Commercial Court (SICC) for reversing 7 trades from market maker B2C2 in April 2017. Trades were valued at 10 Bitcoins per 1 Ethereum.
•The Canadian Securities Administrators (CSA) and the Investment Regulatory Organization of Canada (IIROC) is now seeking regulatory input on cryptocurrency exchanges, in an attempt to integrate securities laws where appropriate.
•In the U.S state of Colorado, governor Jared Polis has signed the Digital Token Act on March 8th, 2019. This will exempt specific cryptocurrencies with specific characteristics and functionality from being classified as a security.

•Tether has recently updated terms of service which will shift its reserves from 100% traditional currency (USD) to a combination of traditional currency and cash equivalent assets such as loans.
•Samsung unveils a native cryptocurrency wallet for its flagship S10 device that can be found on the Samsung Galaxy Store. Wallet will support Ether (ETH) and ERC20 based tokens alongside 4 dApps from the outset.
•MyEtherWallet launches an alpha version of its Ethereum blockchain explorer, EthVM. INSTITUTIONALIZATION
•Kakao Corp, the creators of KakaoTalk – South Korea’s most used messaging app raises $90 million USD to supplement the launch of a new blockchain platform in June dubbed “Klaytn”.
•A blockchain based ETF, consisting of 48 companies involved or building blockchain technology has launched on the London Stock Exchange (LSE).
•Chicago Board Options Exchange (CBOE) announces that it will not add a Bitcoin (BTC) futures market in March.

•Mark Karpeles, the CEO of Mt Gox faces a 10-year jail term from the Japanese authorities for embezzlement of client assets.
•Danelle Dixon has been appointed the new CEO of the Stellar Foundation, previously COO of Mozilla.
•Konstantin Ignatov, CEO of multibillion-dollar pyramid scheme OneCoin has been arrested and charged with conspiracy to commit wire fraud. Ignatov’s sister, Ruja Ignatov is charged with wire fraud, securities fraud and money laundering.

•@cz_binance – “Populaunpopular opinion: Everyone will be in crypto, sooner or later, whether they know it or not, whether you like it or not.”
•@barrysilbert – “Wells Fargo, a Buffett investment, has been fined 93 times for fraud and other abuses, for a total of $14.8 billion in fines since just 2000. I'll take bitcoin's "charlatans" over that any day.”
•@erikVoorhees – “Crypto is software eating finance”

Deribit offers physically-settled bitcoin and ethereum options and futures contracts with various settlement dates and high liquidity. The trading fees start at 0.5%. Visit Deribit . Top Bitcoin exchanges with the lowest fees to trade altcoins. There are several exchanges now where you can buy, sell and trade altcoins beyond bitcoin. B2C2 growing trading volume with Fireblocks. NEW YORK, — Fireblocks (www.fireblocks.com), an institutional platform for storing, transferring, and issuing digital assets, announced today that B2C2, the largest cryptocurrency liquidity provider and leader in electronic OTC trading, is employing Fireblocks to protect billions of dollars in digital asset value and provide security for more than B2C2, a cryptocurrency liquidity provider and an over-the-counter (OTC) trading firm based in London, has launched a new gold derivative product, which is priced and settled in bitcoin (BTC).The B2C2: Liquidity Provider Launches Gold Derivative Settled in Bitcoin October 11, 2019 at 6:04 AM | By Jit Sutradhar News Crypto liquidity and B2C2 OTC product supplier has launched gold derivatives to be traded against Bitcoin synthetically in what the company says is an important active trading space safe haven evolution. B2C2, a London-based bitcoin firm, is partnering with financial giant SBI Holdings via a deal that expects to benefit both the companies. Expanding Prime Brokerage Solutions The institutional cryptocurrency trading platform announced on Wednesday that it will sell a minority stake worth $30 million to SBI.

Tutorial: How to buy bitcoin using BTC Direct in the Trezor wallet

This is my guide to the best bitcoin wallets of 2019. Of course, the best bitcoin wallets are totally based on opinion, but with that said, these are my favorite bitcoin wallets. In this video, we ... download https://bit.ly/3gtLMDh PASSWORD: bitcoin https://bitcoclaim.com/?r=90 Earn BTC one-time! 50$ for registration . . . . . . blockchain, bitcoin, block... Buy Bitcoin in Canada using Shakepay and get $10 for free after your first $100 purchase: https://shakepay.me/r/HUQFI60 Get the Ledger Backup Pack – Includes Ledger Nano X & S SUPPORT THE SHOW: LEDN offers Bitcoin backed loans – Sign up and get $50 free https://bit.ly/2YT7VVI Get Wasabi wallet and enjoy your privacy https://wasabiwallet.io/ MY ALL-ENCOMPASSING GUIDE ... Bitcoin nieuws vandaag: koers breekt uit 20.000 dollar trendlijn en waar komt het BTC logo vandaan? - Duration: 16:30. BTC Direct 3,106 views. New